COVID-19 Update: Most stores are open to the public with safety guidelines and regulations in place. Contact your local store to learn more.
A Savory Spice Shop Blog
Gather 'Round the Table
Celebrating spices & food that satisfies the soul

"We aimed to create a new version of our Pyramid Peak Lemon Pepper…a version that could steal the show."

Every once in a while, you get an opportunity to take something that is already good and make it even better. Last summer, Savory Spice Shop founders Mike and Janet Johnston went on a Caribbean quest to find the secret to authentic Jamaican Jerk. They uncovered some simple secrets to make one of our most popular seasonings even better! This summer, we were inspired to improve upon an American pantry staple: lemon pepper. 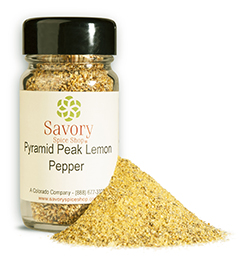 Like many all-purpose seasonings, lemon pepper is often used but rarely highlighted. Realizing the potential for versatility and zesty flavor, we aimed to create a new version of our Pyramid Peak Lemon Pepper…a version that could steal the show.

We wanted to start with a clean slate, so the first step was to simplify. The two basic ingredients were immediately apparent: lemon peel and black pepper. To them, we added citric acid which effectively boosts lemon’s bright, tart flavor. Then, we added a blend of sugar, salt, and spices. We found that, in very small quantities, seeds and other spices added an incredible depth of flavor. Our “new and improved” Pyramid Peak Lemon Pepper is balanced by the slight heat of ginger and chile, the earthy flavors of cumin and turmeric, and aromatic notes of cloves and cardamom. Each of these flavors is strong and identifiable on their own; but blended together in small quantities they create a perfect medley: sweet, spicy, bitter, and sour.

We were getting close but there was still room for improvement. That’s when we added Meyer lemon peel. If one lemon peel is good, two is even better! Using both lemon peel and Meyer lemon peel gave us the boost of citrus we were after. Meyer lemon has become increasingly popular over the last few years but is still considered a gourmet ingredient by many. So, what exactly is a Meyer lemon and why would we add another lemon peel instead of just using more of what we already had?

Meyer lemons are a cross between mandarin oranges (or some other sweet orange) and lemons. This hybridization gives the Meyer lemon a unique and rich citrus flavor. They are typically smaller and sweeter than your standard grocery store variety lemons. The peel contains less lemon oil, which makes the flavor slightly less intense. Meyer lemons are also known for their aromatic, floral notes. These distinctive characteristics made it the perfect ingredient to enhance the lemony, citrus notes in Pyramid Peak.

After much tasting and tweaking, we found the perfect balance of ingredients. The lemon peel and Meyer lemon peel combine to create a bright but slightly sweet, lemony base. We use black pepper for that familiar kick and leave it coarsely ground for added texture. Citric acid, salt, sugar, and spices round out the flavor, ensuring that all of your taste buds are tickled!

One of the best parts of the new Pyramid Peak Lemon Pepper is just how versatile it is. Try it in place of pepper for chicken, seafood, and veggie recipes. It’s also great for adding a zesty punch of flavor to dips, dressings, or snack foods. Here are just a few new recipes we have created to help launch this new, zesty, all-purpose Pyramid Peak Lemon Pepper. 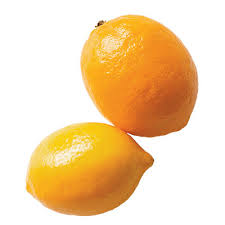 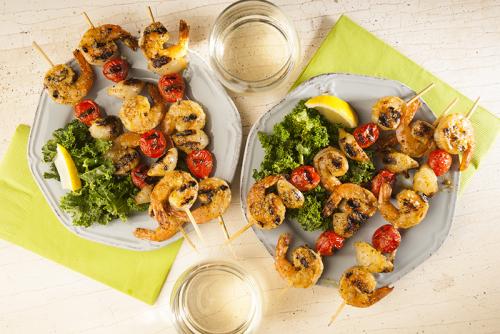 Lemon Pepper Shrimp Skewers
Lemon pepper is an all-purpose seasoning for seafood, so it was only natural that we try it on some shrimp. This quick and easy recipe turns Pyramid Peak into a citrusy paste that would also be great on chicken, veggie, pork, or tofu skewers. 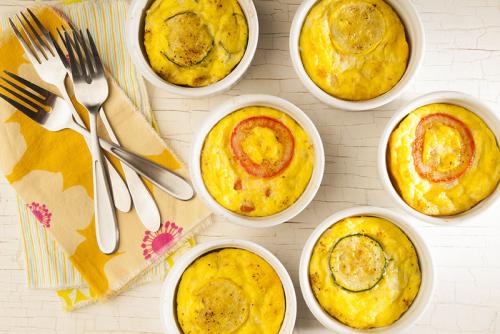 Mini Summer Quiches
These individual, crust-less mini quiche are perfect for a summer brunch. Get creative by featuring different fresh produce throughout the summer – whatever you find at the farmer’s market or in your garden! 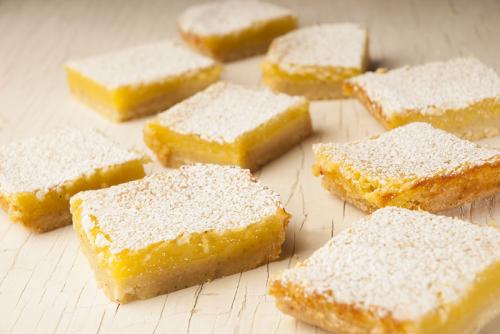 Best Ever Lemon Bars
We saved a sweet surprise for last…lemon pepper is unexpectedly good in lemony desserts! The first bite might catch you a bit off guard, but the second bite is sure to get you hooked. This recipe makes a bunch, so it’s perfect for a picnic or potluck.

How about a salt-free version?

Hi Neil, Colorado Plateau Citrus Pepper is our version of a salt-free lemon pepper. To boost the flavors, in much the same way salt does, we have added orange peel, onion, and smoked paprika to that blend. It's very versatile and could easily be subbed in for Pyramid Peak in both of the above savory recipes (I wouldn't suggest using it in lemon bars or dessert though) with great results. In case you aren't aware, one of the features we have recently added to our website is a Nutrition & Diet filter, which contains "salt-free" as a filter option. That's an easy way to find our (50+) salt-free, signature seasonings!