COVID-19 Update: Most stores are open to the public with safety guidelines and regulations in place. Contact your local store to learn more.
A Savory Spice Shop Blog
Gather 'Round the Table
Celebrating spices & food that satisfies the soul

All About Vanilla: We Ate Ice Cream for Science

Need some help? I thought you might, which is why I took it upon myself to conduct a very scientific experiment to get the triple scoop on these boujee beans. Do these three vanilla varietals really taste all that different? Probably. Is one superior to the others? Perhaps. Do I need to make 12 batches of vanilla ice cream to find out? Obviously.

Everyone likes vanilla. Long-time fan right here (cut to me, a sticky-faced toddler, vanilla cone in hand, absolutely loving life). Beautifully complex and nuanced on its own, it’s also mild enough to serve as a flattering backdrop for countless other flavors, sweet and savory alike.

Vanilla’s versatility and overall ambrosial character have made it a highly sought-after and valuable fruit-bearing flower ever since the Mayas and Aztecs used it to flavor their venti cacao lattes. The edible species of the vanilla orchid are native to Central America, but thanks to a clever hand-pollinating technique developed in 1841 by a 12-year-old slave named Edmond Albius, are now being grown in tropical regions around the world. Namely, in Madagascar, Mexico, and Tahiti.

For my experiment, I needed a way to get our contending vanillas into people’s mouths. I figured a simple vanilla ice cream would go down easy and allow the flavor bouquets of each vanilla to shine. I churned out four batches, each with a different vanilla extract (I threw our Natural Vanilla Extract into the mix for kicks), labeled them A, B, C, and D, and rang my triangle dinner bell to call in the taste testers. In addition to having the tasters cast their votes for a favorite, I had them describe their sensory experiences. I’ve compiled this data into four word clouds to serve as visual flavor profiles. Try not to be too impressed as we take a closer lick (get it, ‘cause ice cream?) at each vanilla. 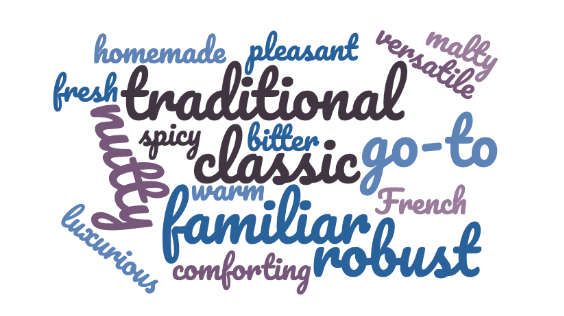 You’re probably familiar with this one. Based on my observations, it’s the most widely used and available kind around. You’ll often see varieties labeled “Bourbon-Madagascar.” While I guess you could use bourbon to make vanilla extracts, this is not referring to the liquor, but the locale. Réunion Island off the coast of Madagascar was formerly known as Île de Bourbon, and is where the aforementioned Edmond Albius discovered how to pollinate vanilla outside of its native home. Tasters overwhelmingly described this vanilla as a familiar classic and as the flavor you’d expect from a quality, store-bought vanilla ice cream. 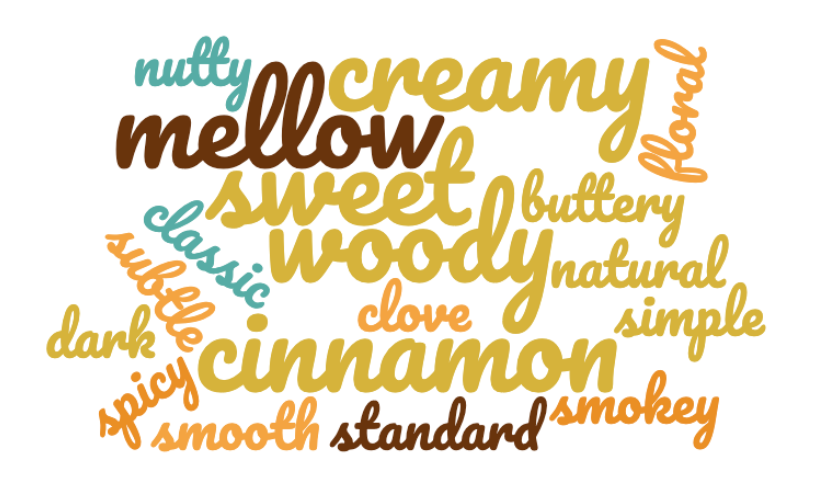 Both Madagascar and Mexican vanilla are made from the same species of vanilla, Vanilla Planifola. Thus, they share many qualities and the main differences in flavor between the two can be attributed to terroir (flavor characteristics imparted by climate, soil, and other environmental factors) and processing methods. When we tasted the two side-by-side, those similarities and differences became very apparent. Many testers actually guessed that this was Madagascar vanilla, but take a look at that word cloud and you can see that the flavor notes leaned more towards warm, toasty, and earthy. 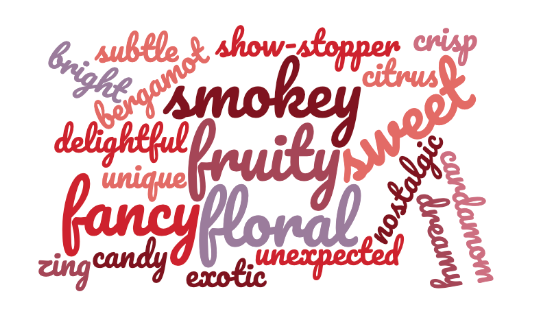 Tahitian vanilla beans carry the most unique flavors because they are actually a hybrid of two vanilla species: Vanilla Planifola and Vanilla Odorata. The offspring? Vanilla Tahitensis. And that concludes today’s Latin lesson. Most of these beans are grown on the little island of Taha’a (only 35 square miles!). They contain less vanillin (the primary flavor compound of vanilla) than Mexican or Madagascar beans, but instead contain anis aldehydes which give it an unexpected fruitiness. You may come across Tahitian beans from Papua New Guinea. Those are Vanilla Planifola planted next to Vanilla Tahitensis (sorry, more Latin). They are like a hybrid of a hybrid and marry some of the exotic flavors of Tahitian beans with the look of Madagascar beans. Favorite word in this word cloud: dreamy. 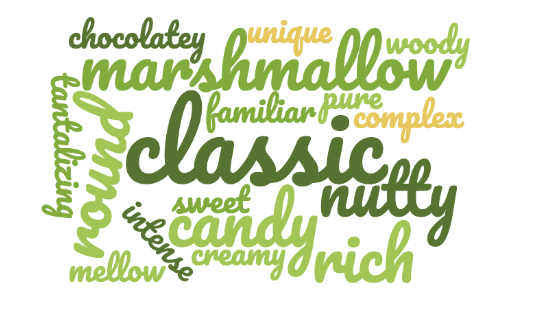 Our surprise contender, this vanilla extract is made from other parts of the vanilla plant and other natural sources of vanillin. Our back-of-the-house manager, Stephanie, wrote an informative blog about extracts that you can check out for more deets. I like to use this guy for baked goods where the vanilla isn’t the star because many of the complex flavor compounds in vanilla aren’t heat-stable and are lost during baking. Tasters found the flavor familiar, balanced, and candy-tastic. No one guessed that it wasn’t a pure vanilla extract.

Now look at this bar graph I made out of ice cream cones to see how each vanilla stacked up: 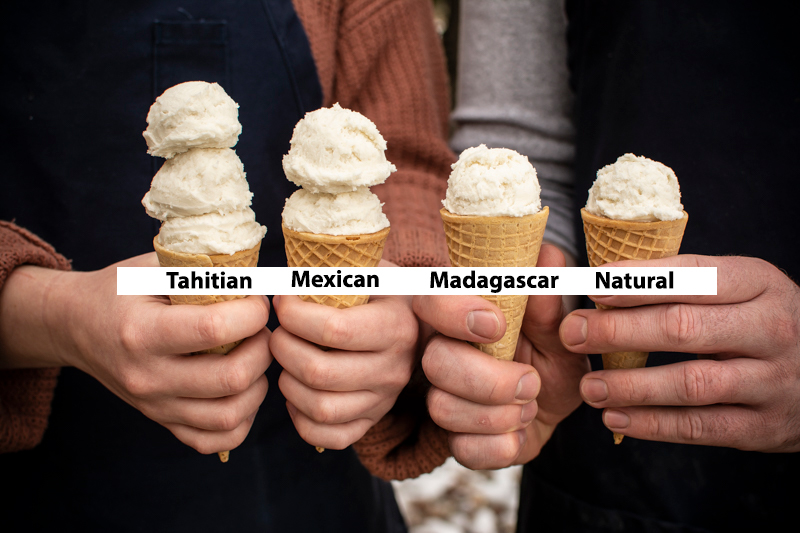 The tasters have spoken and Tahitian vanilla has been crowned queen of the cone. And yes, tragically that triple scoop did fall on the ground shorty after this photo was taken. It was a close call between Mexican and Madagascar, but in this case the unfamiliar was favored over the more commonly used variety. Honorable mention goes to natural vanilla for being affordable and super chill.

Whilst making all of this ice cream I developed a No-Churn Buttermilk Vanilla Ice Cream recipe because I figured after reading this you’d probably want some. Use any vanilla extract you like (even though I call for Tahitian in the recipe—because as we learned earlier, it’s dreamy).

Let me know how you like it or any of our other vanilla recipes by rating and commenting on the recipe pages. Cheers! *Everyone clinks ice cream cones*

Thanks for this really informative post about the various forms of vanilla. Sometime back, I read a related blog about vanillin by Grand View Research, titled 'How The Vanillin Market Is Pervading The Globe', and I was surprised to see that vanillin also finds usage in medical field, as I had only imagined it to be used in food products that we all have come to love and appreciate. Can you elaborate what is the difference between the three types of Madagascar vanilla extracts that you have?