Of our three cinnamons, this one is probably the most familiar to you. Indonesia produces the largest crop for export making it the most commonly available in your average grocery store. It is a quality product, very smooth, but doesn’t have the strength of our other cassia cinnamons.

"Cinnamon. It should be on tables in restaurants along with salt and pepper. Anytime someone says, 'Ooh, this is so good - what's in this?' the answer invariably comes back, 'cinnamon.' Cinnamon. Again and again." - Jerry Seinfeld 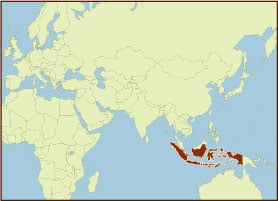 Indonesia produces the largest crop of cassia for export.

Ground from cassia bark, this cinnamon has a classic, familiar cinnamon flavor and pairs well with cardamom and nutmeg.

A quality baking cinnamon which is also great for savory dishes. Try in baking and sweets. Sprinkle on toast, waffles, or in coffee. Indonesian cinnamon is also known as Korintje.